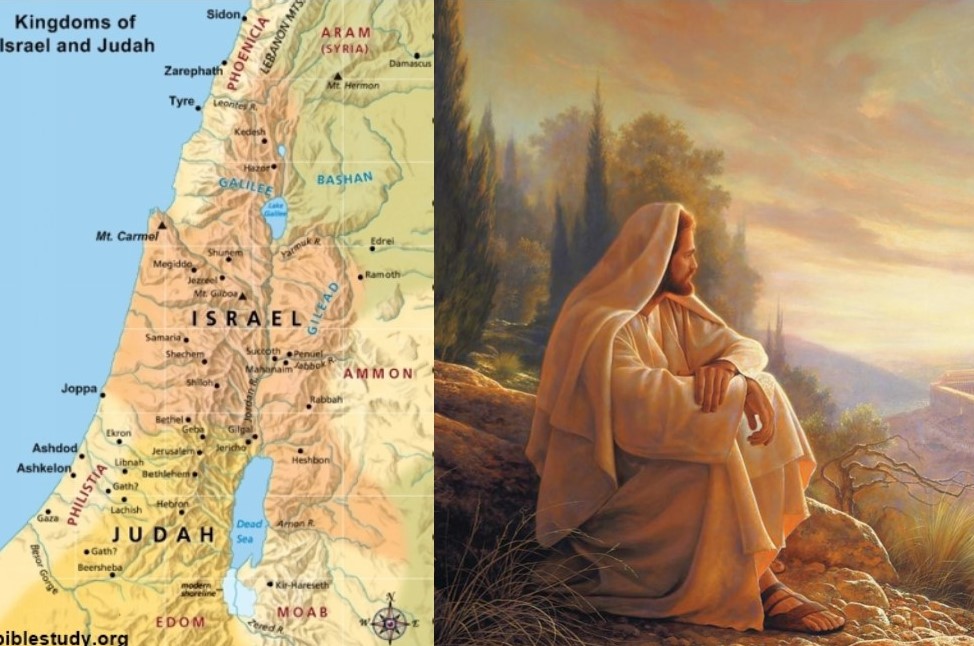 Islam was created in the 7th Century, before that Arabs were fiercely polytheistic and divided into tribes.
The region today dominated by Islamic Countries was then dominated by the Persian and Roman Empires.

Jerusalem and Bethlehem were part of Judea (considered occupied territories by the UN today) the name Judea originates from the Hebrew “Yehud” for the Biblical Israelite tribe of Judah.   Judea is central  of the Torah, with the Patriarchs Abraham, Isaac and Jacob said to have been buried at Hebron in the Tomb of the Patriarchs.
Solomon’s Temple was built in Jerusalem in 950 before Christ, the area falls into the Neo-Babylonian Empire in 605 BC, then is returned to the Jews in in 539 BC by permission of Cyrus.
From 500 BC until the First Century the area is constantly being taken and ruled by either Persians or Romans, who were neither Muslims or Christians at the time.
Then comes the 7th Century….
Jews of Galilee led by Benjamin of Tiberias gain autonomy in Jerusalem after revolting against Heraclius as a joint military campaign with ally Sassanid Empire under Khosrau II and Jewish militias from Persia, but are subsequently massacred.
The rise and domination of Islam among largely pagan Arabs in the Arabian peninsula results in the almost complete removal and conversion of the ancient Jewish communities there, and sack of Levant from the hands of Byzantines and Jews are forced to spread all over the World.
Now that we have a very brief history lesson, please answer me how the West Bank, which encompasses Judea and therefore Jerusalem and Bethlehem, belongs to Muslims if they didn’t even exist until the 7th Century and Jews built a Temple there 950 years before Christ?

Rep Ilham Omar also needs to get her history straight before claiming that Jesus was a Palestinian.  Palestine did not exist when Jesus was born, Islam didn’t exist either.

To make it clear, Jesus was a Galilean Jew, not a Palestinian Muslim.   He celebrated Passover and was called a Rabbi, not an Imam.  And to this day, His name is one of the most common Jewish names: Yeshua.

With the constant censoring of facts and reality, search engines only showing the “new truth”, the slow abandonment of real books and libraries, editing of school books, news media’s false interpretation of occurrences,  what will our grandchildren know about the past?  How can we make sure they know the truth?

If we don’t fight to maintain history’s integrity, all future generations will know will be made up stories that incidentally only benefit one particular group of people.

If you’re white, a Christian or a Jew, and a conservative (the horror!) your great grandchildren will be embarrassed to say your name, because you were responsible for the suffering of a very fragile group of 1.8 billion people today.

Keep written records, books, anything that can be passed on to the next generations so they know unedited history.  We owe them this much.

False reporting of situations that happened merely 26 years ago, such as “Black Hawk Down” in Somalia is overwhelmingly more prominent on the internet, and spewed in the halls of Congress, while the truth is conveniently scrubbed and hidden.

We are the writers of the history our children’s children will know.

As you can see, I’ve given up on asking people to fight, no one will.  So at least keep good records, aside from fighting, that might be the most loving thing you can do for your children’s future.